Conscious consumerism and equality are hot topics of conversation in modern society. Ethical and fair practises for people especially Women in all parts of the world is a major issue. However, change is possible possible with education and action.

When it comes to making positive steps in these areas, many inspiring women are leading the charge. While having an influential voice is beneficial, these ladies show how even making the smallest adjustments can positively impact the wider cause. 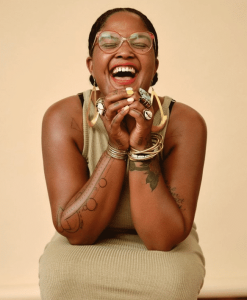 Bea Dixon is no stranger to hard work and determination. The founder of The Honey Pot, a feminine care brand that is now a multi-million dollar company, faced challenges when entering the business world as a black female entrepreneur. Dixon was one of the first 40 women of colour to raise funds via venture capital and now champions and challenges the narrative for women raising funds to start new businesses. Not only is Bea inspiring young women into business, but her company partners with non-profit #HappyPeriod to provide menstrual kits for people living on low-incomes and in poverty. 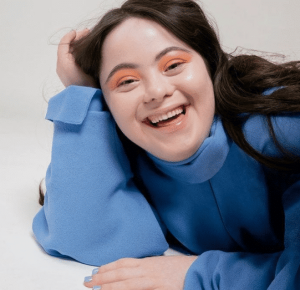 Ellie Goldstein is part of a new generation of models challenging the stereotypes in the fashion and beauty industries. This rising star from Britain has Down Syndrome and is joining the ranks of other top models bagging huge campaigns with major brands such as Gucci Beauty and Vogue Italia. Ellie’s influence and success in campaigns have sparked a positive reaction. Plus, she has become an inspiration to other aspiring disabled models. Refinery 29 reported about 0.02% of beauty and fashion campaigns feature models with disabilities. With the help of Ellie Goldstein, this figure may be set to change dramatically.

Holly Tucker, Founder of Not On The High Street 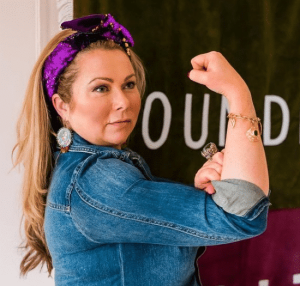 Holly Tucker MBE, also referred to as ‘Hurricane Holly’ by friends, started the much-loved marketplace Not on The Highstreet while recovering from a brain tumour in 2006. Since its creation, this platform has helped many women-owned brands flourish in adverse situations. In 2020, Holly also shared a post on Instagram, highlighting people hit by job cuts should think about starting their own businesses even if it is a little bit scary. While Tucker may be a successful entrepreneur helping women create their own ventures, she also heads up her charity, Happy Bricks. This project saw the creation of a school for a village in Tanzania in 2015. Plus, in 2017, she set up Holly & Co to support small businesses through their journey’s highs and lows. 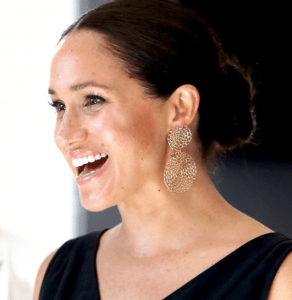 Megan Markle is no stranger to using her position t raise awareness of worthy causes. In 2015, she became the UN Women’s advocate for political participation and leadership and is a long-term campaigner for gender equality. Over the past few years, royal duties took centre stage. However, since stepping back, 2021 will see Megan branching out with her husband and the Archewell Foundation. This project will support communities on the ground and amplify minority voices through powerful storytelling and experiences. Especially in recent times, Meghan has shown great strength despite the awful backlash she has faced from British press – We stand with you Meghan, all women should be able to leave a situation where they are unhappy!

While the above voices may have a wider reach, there are plenty of opportunities to take steps on a community level. Women are leading the way in innovative and compassionate projects to help people and the planet. So, if they have you inspired to take the next steps, why not try something new to create a positive and influential impact for generations to come. 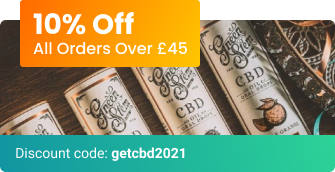