What is CBG Oil? What Is The Difference to CBD & THC?

Have you heard of CBG oil? The substance is often confused with both CBD oil and THC however it is important to be aware that they are in no way the same. There are various differences that are important to understand.

What is CBG Oil?

Like CBD or cannabidiol, CBG or cannabigerol is another cannabinoid that is derived from the plant cannabis. It is also worth noting that it is non-psychoactive, just like CBD. As well as this, typically cannabis genetics will only contain trace levels of CBG. This is usually just one percent. However, it’s properties are still becoming of interest to researchers as well as general consumers.

To understand what CBG is, we need to first be aware of what a cannabinoid means. These are substances that interact with cannabinoid receptors which have a presence in the human body. The receptors are linked to both the nervous system and inflammation playing a key part in everything from pain to appetite.

As mentioned both CBD and THC are cannabinoids but they have a parent cannabinoid known as cannabigerol acid or CBGA. CBG is a non-acidic form of CBGA which will be converted through both heat and time. As already discussed there are usually very low levels present in the typical cannabis plant.

However, CBG can be referred to as the “mother of cannabinoids.” This is due to the fact that it’s believed it’s where all the different cannabinoids begin. They start as CBG. The cannabinoids are formed when they drop the acid after being heated up, allowing them to become CBD as well as THC.

Although the levels of CBG in cannabis tend to be incredibly low, many producers are now creating specific hemp strains. These are being cultivated to ensure that they do produce higher levels of cannabinoid. Indeed, many producers are turning their attention away from CBD and towards CBG. This should tell you how much potential this substance could have. Indeed, some are already experimenting with both genetic manipulation and cross-breeding to gain the desired results.

How much research has been carried out?

To date, there is little to no research on the impact or effects that CBG has on humans. However, research is continuously growing due to the similarities it has to CBG rather than THC. Although very little research has been completed on humans, this does not mean that there have not been any findings. Most of the research has explored the impact CBG has on animals with human trials expected to begin over the next few years.

How does it compare to CBD and THC?

It’s worth noting that CBG has far more in common with CBG rather than THC. The main difference between THC and CBD is that THC can provide you with a high and CBD will not. It has no psychoactive effects or impacts however it does seem to provide potential benefits. Research into the substance has been based on the possibility of preventing seizures or potentially influencing levels of anxiety and inflammation. Some research also suggests that CBD could have anti-cancer properties but research is still ongoing in this area.

As mentioned CBG is also non-psychoactive which means that it won’t provide the high you would expect from THC. Instead, there are benefits that have been found through research.

Indeed, while there is little to no testing that has been completed on humans, studies have shown that CBG does have an impact on animals. Animal testing reveals that CBG will stimulate receptors that are connected to both the sensation of pain and heat. It can also stimulate to a2-adrenergic receptors. These are found in both the blood vessels and the brain. They are connected to the regulation of blood pressure and some research suggests that CBG could also have anti-inflammatory properties. This would again make it similar to CBD.

Unfortunately, research is currently unclear as to whether there are any significant differentiating qualities that exist between CBD and CBG. Although, certain research does suggest that the substance could be beneficial for certain diseases.

For instance, studies show that it could be used for inflammatory bowel disease and Huntington’s disease. This is particularly interesting because Huntington’s is considered to be incurable. Studies have also suggested that it may have antibacterial properties and could even prevent colon cancer.

Other research has offered evidence that it could increase levels of dopamine and may support appetite or sleep regulation. Scientists also believe it can offer support for the treatment of patients suffering from cancer, MRSA and glaucoma.

It is also important to be aware that CBG is often found to be more effective when used with other cannabinoids. This is why if you buy CBG oil on the market, you will find that it has a percentage of CBD present in the substance as well. It is known as the entourage effect.

One of the key differences that most people are unaware of is actually the cost. Compared to CBD and even THC, CBG is one of the most expensive cannabinoids to produce. According to experts, it will take thousands of pounds in biomass to create even low levels of CBG isolate. This is again due to the fact that hemp only tends to contain a low level of the substance. In contrast, there are hemp strains that are now 20% CBD.

Despite still being researched and studied CBG oil is already available on the market in some places right now. Indeed, it is possible to access CBG oil as you would CBD. Studies also seem to suggest that it may be suitable for treating everything from depression to cachexia. This is a disease that causes the muscle to waste away over time as well as severe levels of weight loss.

According to one 2010 study, CBG could also provide treatment for pain relief. This isn’t surprising because it’s true for other cannabinoids including both THC and CBD. However, some researchers believe that it could have a greater level of potential when treating pain. As such, it may be useful for treating patients with more severe pain levels or those dealing with chronic pain.

Other studies suggest that it could have an impact on protecting the brain. It may have a neuroprotective impact which means that it could stop the brain from suffering from cognitive decline. This could provide a potential solution or treatment option for people who are experiencing severe cognitive decline through conditions like Parkinson’s.

It could even strengthen the bone and encourage the growth of bone marrow. Some researchers believe it could play a key part in healing bone that has been damaged or impacted by a potential fracture.

However, these are still all research studies. So, is CBG already being used with positive results? Since CBG is already available on the market, it could be used by anyone with any range of medical issues.

However, it’s important to note that the substance is completely unregulated. As such, you need to approach purchasing CBG with care. It’s important that you consider whether the buyer you are purchasing from is reputable. You also need to be aware that the level of CBG in the oil sold can also differ depending on the buyer that you choose.

Despite the lack of regulation, the popularity of CBG is growing. One Colorado-based brand that provides CBG products claims to have administered it to thousands of people at more than fifty events. According to them, it is their most popular product at these events and through their online store.

CBG first entered the consumer market in 2015. This was largely oral care products including beauty creams and toothpaste. However, other producers quickly followed to cater to growing consumer demand. Indeed, many suppliers claim that they have struggled to meet the popularity levels of CBG oil.

It’s clear then that CBG could have a lot of potential, particularly in the medical industry. However, research is still ongoing and the full impact it may have on humans is not yet fully understood. People in the CBD industry hope that the interest and indeed the use of CBG oil will continue to grow with an increased level of accessibility. It’s also worth noting that this is believed to only be part of the puzzle. There are countless cannabinoids beyond CBD and CBG that still need to be explored. They too could have fascinating functions that may provide huge ramifications for the future of healthcare and medical treatment as we currently understand it.

The research suggests that CBG could become the most diverse cannabinoid for therapeutic treatment yet. From glaucoma to high levels of pain and even cancer, the possibilities are seemingly endless for the potential uses for this substance. 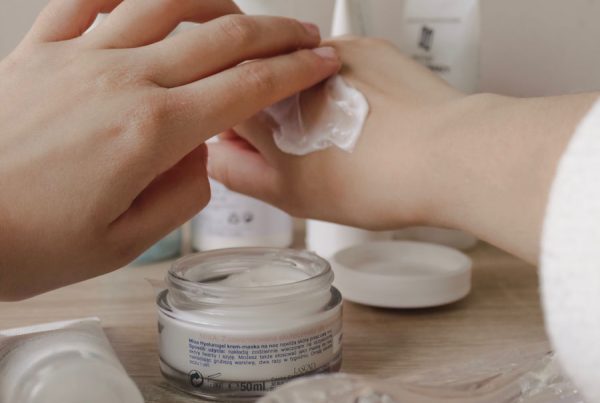 Psoriasis, what is it and could CBD Oil help?

CBD Edibles – How to take them and who are they aimed at?